How Can Social Media Damage Your Reputation?

Social media is a powerful tool when wielded judiciously. However, if misused, it could pose serious risks to an individual’s or a company’s reputation. One angry tweet or ranting Facebook post could cause you to lose out on great opportunities.

It seems unfair, considering that we live in the United States and should be able to express our views and opinions freely. After all, each citizen has the right to free speech under the first amendment. However, the fact is that you can still be penalized for comments and posts you make online.

The bottom line is that social media can be a challenging topic to address and that we should be mindful of what we post at all times. Below you will see some other ways this tool can damage your reputation.

If a company can prove that your comments on social media directly affect their business and public image, they may be able to terminate your employment.

When this happens, it’s an unfortunate situation that can ruin your online reputation and leave a mark on your record. Once other employers find out why you were fired, you may have difficulty finding a job.

However, you can take some legal actions if you feel that your first amendment right is being restricted. For example, if you use social media to improve working conditions or to form a union, you have protection from being fired.

According to the National Labor Relations Board, your right to discuss problems at the workplace with other employees is protected as well as planning actions to change working conditions, such as forming a union.

You must be careful of what you post online because it could lead to theft. Whether it’s intellectual property theft, home invasion, or identity theft, each could stem from problematic social media posts.

For example, many individuals post pictures of themselves on vacation without considering that burglars may see it and take advantage of their absence to break into their homes and steal valuables.

As a rule of thumb, you should avoid posting any indicators that you are away on vacation on the web during your trip. Instead, wait until you are back home to post anything about your holiday.

Additionally, posting your intellectual property online can be risky because anyone may copy it and share it or sell it all over the web. Artwork, music, and other forms of intellectual property could be at risk when posting them online. Your reputation can suffer because people who first see your art elsewhere may then think you’re the one who’s stolen it!

Yet another form of theft you should be wary of is identity theft. It’s more common than you may think and can have serious consequences, including ruining your online reputation.

Some ways to avoid identity theft online include:

For companies, hacking is still a possible threat that could ruin your customer relations, especially if they hack into and take over the identity of your brand’s official social media account.

It’s also important to be mindful of the words you use and the images you post because it could lead to misunderstandings.

For example, you may tell a joke online that others could perceive as offensive and hurtful. Although your intentions were not to hurt anyone, you may still suffer the consequences, such as your online reputation being harmed.

You may inadvertently misrepresent your employer, which could lead to the termination of your position; this is why it’s so important to refrain from emotional posts.

For companies, misunderstandings could lead to the loss of customers and revenue. Either way, it’s not something anyone wants to experience.

How to Mitigate Online Reputation Loss

Maybe you’ve accidentally made an error on your account and regretted saying something, or your post was misunderstood. If this is the case, many things can be done to mitigate reputation loss on the internet.

Here are a few things you could do: 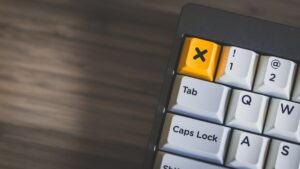 Leaving the post up could send the wrong message to your followers and paint you to be insensitive. Deleting it helps stop anyone else from seeing it and helps repair your online reputation faster.

However, businesses should not delete consumer posts because it could be perceived as a way to disregard what they say. Instead, acknowledge their words and let them know you’re working to resolve the issues.

One of the best things you could do to repair a damaged online reputation is to apologize for your error. Doing so will show that you regret what you said and are remorseful for your actions.

When apologizing, you must refrain from making excuses or passing the blame. Falling into that trap will only make you look worse because it will communicate that you are immature and don’t take full responsibility.

Clearly state what you said or posted was wrong and that it does not reflect you as an individual or your beliefs.

3. Offer to Make Up for Your Mistake

You can demonstrate a willingness to learn from your mistake by offering potential solutions to fix the problem.

This action works well for companies that may have made errors and want to please their unhappy customers. Customers may be thrilled that you’re willing to fix the issue, improving your brand’s online reputation.

4. Keep an Eye on What People Are Saying

After following the above three steps, you should actively watch what people say about you or your brand on the web.

Try your best to follow up in any way possible to remove the negative attention on your company. Learn from what people are saying and make a plan to solve any and all issues.

You may even designate a team of employees to monitor social media accounts and make action plans.

Understanding your target audience is essential because it will inform you on what you should and should not post on the internet. The last thing you want to do is make a post that offends the people you seek to purchase goods and services from you.

To keep a positive online reputation and remain blameless in the eyes of your audience, it’s crucial to know your audience’s beliefs, values, and desires.

Keep your focus on protecting your image by staying up to date on current events in the community and monitoring what your target audience is saying and doing. Doing so could also assist you with refraining from making the wrong moves on your accounts.

For example, in 2015, Starbucks launched a new cup design for the Holidays and posted a picture of the new cup design on social media. Immediately, people began to fire back in protest that the cup had too much imagery alluding to the specific Christian holiday of Christmas.

People felt the design was too religiously specific and failed to represent other religions and cultures.

Starbucks’ coffee is consumed by a diverse demographic of educated and socially aware individuals, so it shouldn’t have been a surprise that its customers would point out the lack of inclusion in the design.

After seeing the backlash, Starbucks quickly discontinued the previous holiday design and replaced it with a solid red cup.

This slip-up could have been avoided if Starbucks had considered its diverse, socially aware target audience beforehand.

Later on, Starbucks began to create cups that encouraged customers to draw their own designs for the holidays. This was a smart move on their part to show that the brand does value diversity and inclusion. 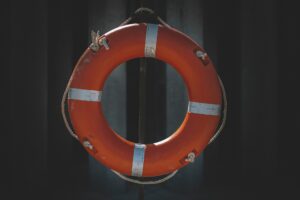 Once things have cooled down, you must learn from the mistake and put new policies in place to stop anything similar from happening in the future.

You could put into place a system where several eyes observe content and posts before finalizing them. You could create a checklist of criteria to meet before posting anything on the internet.

Brainstorm ideas of how you can avoid any misunderstandings and decide on which one will serve your specific needs the best.

Social media can be a fun tool to share information with friends and family, and it’s essential for promoting a brand, but you must be very careful of what you post on the web. Remember, it only takes one ill-considered post to tarnish your online reputation.

Don’t fret if it’s already too late and you’ve made a poorly-received post. You can follow the above actions to salvage your reputation before things get out of hand.

If more prominent brands like Starbucks can repair and resolve their social media mistakes, so can you!

Reputation Management Goals For Social Media in the New Year

As 2022 rolls into 2023, it's time to make your new year's resolutions. Why not make them for your professional social media accounts, too? Perhaps you're just starting out with social, or your Instagram was last updated in 2019. You may be trying to steady the ship after bad reviews or feedback.  No matter what…

The playing field for businesses has changed. Gone are the days when only a smile and a handshake were enough to do good business. Today, we're all connected online, making the need for an excellent social media presence even more important for businesses to succeed. Billions of users use social media to stay connected with…

How Reputation Works in Social Media

Social media plays a pivotal role in how people view a business or influencer. From creating relationships through connecting with audiences to building a consistent brand image, social media promote business faster than other means in the digital age. This is why it plays a major role in online reputation management.  Many factors influence your…