Rockefeller vs. Rothschild: Who Manages Their Reputations Better?

Protecting your online reputation is a day-to-day challenge. So how do some people manage their reputations for years, decades, even centuries without significant loss?

The Reputation Management Company has devised a case study of 2 of the wealthiest, most successful families in history – the Rockefellers and the Rothschilds. Let’s see what lessons we can learn from these giants of reputation management.

Who are the Rockefellers?

He began his business in the oil industry aged 20, building an empire that came to cover 90% of all U.S. oil. The Standard Oil Company is among the most egregious examples of a monopoly in recent times. Its reputation – alongside the reputation of Rockefeller’s aggressive business practices – was that of an industry tyrant until it was broken up in 1911.

This might seem like the end of a dynasty, but the Rockefellers remain one of America’s most powerful and wealthy families today. How does a family with an almost irretrievably bad reputation as an inordinately wealthy bully remain in such a powerful position over a century later? This is the kind of question that The Reputation Management Company asks when considering how to defend clients with lower profiles – if the Rockefellers can ride out such a huge storm, we should be able to help clients navigate choppy waters.

Who are the Rothschilds?

Perhaps the most famous song from the hit musical Fiddler on the Roof (1964) is “If I Were a Rich Man.” Fun fact: this number was inspired by Sholem Aleichem’s monologue dating back to 1902, titled “If I Were a Rothschild.” The name is just synonymous with wealth.

Mayer Amschel Rothschild established the family in the banking industry in the late 18th Century. They rose to become one of the foremost powers in European and American banking and possessed the largest private fortune in the world in the 19th Century. Even today, some estimates place the Rothschild family’s wealth in the trillions.

Of course, wealth and fame bring increased scrutiny. People love to see a big name taken down a peg, and both families have been the subject of various scandals and intrigues throughout their histories.

The Reputation Management Company believes that there’s a lot to learn for online reputation management from how these big names have handled their losses. Let’s look at how you can survive a fall from grace.

Even before Standard Oil, John D. Rockefeller’s business tactics were criticized. An earlier venture called the South Improvement Company took over the market in most of the U.S. Northeast by subsuming almost all competition. This included acquiring 20 competitors in a single month, an event that came to be known as the “Cleveland Massacre.”

Aggressive purchasing and a relentless focus on efficiency made Rockefeller’s enterprises much more effective than his competitors – this would be a hallmark of his companies for decades. 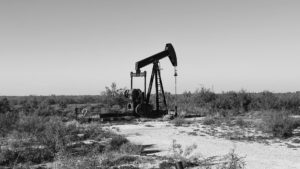 The major scandal of the Rockefeller dynasty was how the Standard Oil Company became an “illegal monopoly,” according to a 1911 ruling. Standard Oil had dominated the market so ruthlessly that the Rockefeller name was ubiquitous with the terrifying pace and power of the new, oil-reliant economy – to the U.S., Rockefeller was oil. Somehow, the dissolution of Standard Oil into 34 separate companies only increased his wealth, making John D. Rockefeller the wealthiest individual in modern history.

How did the family escape from this association? After giving up his role as president of Standard Oil in 1911, Rockefeller redoubled his philanthropic giving. He is considered the greatest lay financial donor to medical causes in history. He gave away around $550m to charitable causes.

His only son, John D. Rockefeller Jr. (often known as “Junior”), continued this practice. He gave away over $500m of his fortune, more than double what he left to his family. He also encouraged his five sons to continue this tradition, giving the Rockefeller family name enduring value as the benefactor of various worthy causes.

This ongoing philanthropy was possible because the companies Standard Oil was broken up into were still highly successful businesses. Today, its ancestors include ExxonMobil, Chevron, and Amoco. The Rockefeller family also spread into other fields of business and maintained close family ties, ensuring that a unified front would always help guard against criticism.

It might sound like the moral of the story is “have lots of money,” but this would be short-sighted. The Reputation Management company sees a valuable lesson in the Rockefeller strategy for online reputation management.

You can always rebound from bad news by creating good news. The family highly publicized the Rockefeller family’s philanthropy; The Reputation Management Company can help restore your online reputation by publicizing positive news while dealing with damaging news at the source.

Before we begin: the Rothschild family has been the subject of numerous antisemitic conspiracy theories over the years. We won’t be discussing baseless “scandals” that are merely born of prejudice.

For over two centuries, the Rothschild family has been known and associated with wealth – particularly in Europe. However, its members have also maintained an impressively low profile during this time. As a family of bankers, this legendary discretion has helped the family attract many powerful clients.

However, occasionally the name “Rothschild” has made its way into a news piece. A scandal emerged in 2008 surrounding conversations at a Corfu villa between the banker Nat Rothschild, the then-shadow chancellor of the United Kingdom, George Osborne, and a Russian billionaire named Oleg Deripaska. Osborne was accused of shady fundraising practices. The U.K. papers seized on the scandal, and the Rothschild name was suddenly in the public domain for bad reasons.

Nat Rothschild’s response was powerful and swift, and The Reputation Management Company sees a great example of successful offline and online reputation management here. He warned Osborne – an old friend – against questioning his account of events and followed this by ensuring that U.K. media outlets such as The Guardian corrected any misreported accounts of his role in the events.

Taking immediate action to ensure that media outlets and other parties retract and correct misleading statements is a key part of online reputation management. The Rothschild name disappeared from the headlines, and the family continues to move from strength to strength.

Head-to-Head – Who Has Managed Their Reputations Better? 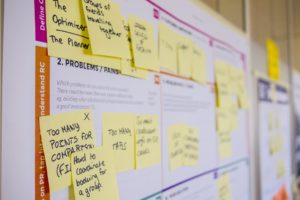 These two families have maintained positions of wealth, power, and influence over centuries despite negative press and often malicious accusations. It’s difficult to say which family has managed its reputation more successfully, although it’s fair to say that the Rothschilds have suffered more due to unfounded and antisemitic conspiracy theories.

The Rockefellers have taken a more proactive approach to reputation management, while the Rothschilds have mastered avoiding criticism through discretion. Both approaches are beneficial online reputation management strategies today, and The Reputation Management Company sees great value in studying them.

What Can We Learn from the Rockefellers and Rothschilds for Online Reputation Management?

Wealth is useful for online reputation management, but it’s not an answer. Effective responses coordinated by The Reputation Management Company are derived from the swift, comprehensive way these families have acted when faced with scandal or loss. Key takeaways include:

Why Outsourcing Your Online Reputation Management is a Good Idea

The Rockefellers and Rothschilds know the value of working with the best in the business for reputation management. An external point of view is more objective and can help you coordinate a more effective response.

You don’t need the wealth of a Rockefeller or a Rothschild to protect your online reputation. You only need to work with a company that learns from these well-tested strategies.

Get in touch today to learn more about how The Reputation Management Company can help you handle loss, scandal, or big news.

Apple is a source of inspiration for businesses in numerous ways. Its philosophies of leadership, ergonomics, and marketing are discussed in management seminars across the globe. Likewise, one of its most formidable strengths through the years has been its approach to reputation management. The experts at The Reputation Management Company consider Apple's strategies innovative but…