Apple is a source of inspiration for businesses in numerous ways. Its philosophies of leadership, ergonomics, and marketing are discussed in management seminars across the globe. Likewise, one of its most formidable strengths through the years has been its approach to reputation management.

The experts at The Reputation Management Company consider Apple’s strategies innovative but also worth learning from. They apply to businesses of all sizes – once you get past the sleek products, the trillion-dollar valuation, and the turtlenecks, Apple’s reputation management techniques can be applied to almost any business.

Let’s discuss how the company has protected and nurtured its reputation down the years, dealt with controversies, and what we can learn from its approach.

How Did Apple Use Reputation Management for Growth? 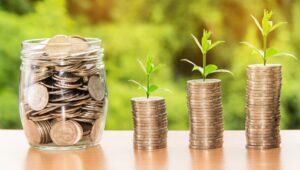 In Apple’s early days, it was one of several tech companies producing computers that used the graphical user interface (GUI) system. This was supposed to be more user-friendly and personal-feeling than conventional computers – this philosophy became a hallmark of Apple’s image down the years.

However, it was barely a standout until founder Steve Jobs launched a shrewd marketing campaign (including a legendary advert at the Super Bowl in 1984) that placed Apple’s Mackintosh PC at the center of users’ imaginations when they considered the future of personal computers. The company’s reputation as a sleek, modern “alternative” was underway.

Apple’s reputation and sales stalled somewhat throughout the rest of the 1980s and 90s. This was partly because Jobs left the company, and it no longer had his “rockstar” CEO persona to call on. Eventually, he returned and became CEO again when Apple bought his new company.

Steve Jobs’ reputation and interventions would remain a critical component of Apple’s reputation management strategy as the company faced up to Microsoft. Jobs saw an opportunity to market Apple products as a sleeker, more personal alternative to “office-style” Windows PCs. Apple products were suddenly exciting, and the company acquired a reputation as a creative outsider.

Apple’s astronomical growth over the 21st Century began with the release of the iPod and its sister product iTunes, which was compatible with Windows PCs and took over the flourishing MP3 music market. It continued to furnish its reputation as the “personal” tech brand of choice.

In January 2007, Apple introduced the iPhone. Over the next decade, this became the ubiquitous smartphone of choice, and its sales propelled Apple to the top of the tech world. It overtook Microsoft as the world’s largest tech company for the first time in 2010.

How Does Apple Maintain Its Growth & Reputation Today?

So is Apple’s success all down to Steve Jobs’ leadership and vision? If that were true, there would be limited lessons for reputation management strategists today.

While Jobs’ influence is undeniable, the experts at The Reputation Management Company have identified several strategic factors that protected Apple’s reputation and consistently enhanced its image while staving off the negative press.

Steve Jobs passed away in 2011, but Apple’s growth didn’t slow down. It remains one of the world’s largest companies, and its reputation management strategies have evolved away from relying on a charismatic CEO.

To understand this, The Reputation Management Company examined those times when Apple needed to defend its public image.

A common theme in Apple’s response to all these cases is that it focuses its reputation management strategies on how its consumers perceive it – not how governments and journalists perceive it. Questions of tax avoidance and poor working practices largely only feature in consumers’ minds when they’re reading about them.

Conversely, the quality of a consumer’s iPhone is an hour-by-hour concern. Apple’s reputation management strategies always emphasize the bottom line: as a consumer, you have the best product on the market, and only they can give that to you!

It’s also worth noting that Apple may have benefited from an overwhelmingly negative public view of how large corporations conduct themselves, especially regarding cheap labor. It’s never too long until a story breaks about another multi-billion dollar company using dubious practices.

While the specifics of the situation may not be applicable to smaller businesses, “holding the fort” with an internal investigation and waiting until a story passes over can be a valid reputation management strategy.

How Can Smaller Brands use lessons from Apple’s Reputation Management? 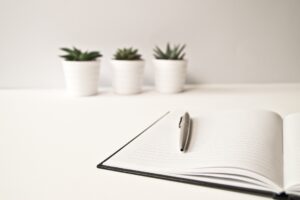 The team at The Reputation Management Company considers Apple one of the shrewdest businesses in the world when it comes to public image. There’s a lot to learn. However, before considering how its strategies can be implemented for small businesses, an allowance should be made for Apple’s sheer size.

Apple has achieved a market capitalization of over $3 trillion. It has an almost inexhaustible legal defense – it can always afford lawyers to fight its battles. How can we compare its defense strategies with smaller businesses that would struggle with a single prolonged court battle?

It’s simply easier to defend yourself if you have more money.

Critically, it’s not just Apple’s resources that protect its image. It’s how the company fights its battles. The company may frequently be in court, but you rarely hear about its ongoing courtroom sagas. It faces allegations occasionally, but they don’t stay in the headlines. Here’s how small businesses can learn from this.

Issuing press releases that note concerns and promise ongoing investigations are a viable strategy for any company. Investigations should be launched, kept transparent – and little fuss should be made about them. A brand’s image should always quietly promote the idea that it takes its responsibilities seriously.

And in terms of publicity, there are more important things to discuss.

The Reputation Management Company sees vast benefits in Apple’s consistent, positive focus on what it does best. This strategy can be applied to businesses of any kind. Speak directly to your consumers and remind them why your product is best-in-class and why they shop with you. This is critical to Apple’s reputation management strategy.

Ultimately, consumers buy your products and keep you afloat. Put your consumers at the center of your brand’s engagement tactics and keep them focused on what you do best.

You don’t need billions of dollars in reserve to protect your business against negative press. You must understand how to let your consumers hear about what excites them – your product and services.

There’s so much to learn from Apple’s strategies. The Reputation Management Company team can help your business implement a personalized reputation management plan when you contact them.

How You Can Build Trust Through Reputation Management

Building a reputation in the digital era is tricky. One wrong move can have you scrambling to save face. When mistakes are never forgotten on the internet, it's important to take preventative measures to safeguard your company's good name. Constructing your social media presence and brand image is essential to build a positive reputation that…