What Can We Learn From United Airlines and its Online Reputation?

If you’re one of the small handful of people who haven’t heard of the United Airlines PR nightmare, you could miss out on a valuable lesson in protecting and rebuilding your brand.

So, let’s look at how United Airlines can improve its online reputation, how it can apply to other businesses, and what brands can learn from this monumental error.

What Happened with United Airlines?

In 2017, on a flight from Chicago O’Hare International Airport to Louisville International Airport, four customers who had paid for their seats were randomly selected to be involuntarily removed from the plane to make room for four of the airline’s employees. One of those passengers was Dr. David Dao Duy Anh, who became injured by law enforcement after refusing to give up his seat as he had to make it back to Louisville to see patients the following day.

When security officers were called to disembark him from the flight, they used unnecessary force, which caused the passenger’s face to be hit against an armrest. He became unconscious as he was dragged by his arms across the floor from the aircraft.

Naturally, no passenger expects this level of violence and humiliation when they embark on a flight. For someone to experience this and other travelers to be subjected to watching as the events took place literally feels like something from a horror movie. But as we all know, it wasn’t.

And to make things worse, the response of United Airlines was beyond disappointing. The lack of remorse, empathy or even acknowledgment that they were in the wrong sent the company spiraling headfirst into an online reputation crisis, which now faces the task of rebuilding its trust with the public.

The Power of the Internet

When the incident took place, there was no way it could be squashed. The videos from other passengers hit the internet straight away, and it wasn’t long until they went viral on social media. Any early attempt at crisis management was impossible.

Business Insider reports that the video had millions of views, and United Airlines received millions of mentions across social media. This was almost 11 times more than their previous scandal that hit the headlines whereby they rejected two girls from one of their flights simply for wearing leggings.

The response from United Airlines CEO Oscar Munoz added fuel to this incident. He did not apologize, but he also labeled Dr. David Dao Duy Anh as “disruptive and belligerent.” The reputation of the airline collapsed, and its stock fell 1.1%. Investors ejected $250 million.

Here at The Reputation Management Company, our job is to shift harmful content and reinstate a company’s reputation. However, in United Airlines’ case (and long before this crisis), they failed to solidify themselves as a positive voice on social media. They never built a support system online that they could fall back on during strife like this one. 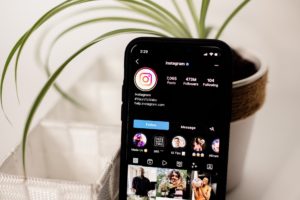 Every business can learn from United Airlines’ mistake — build a strong online reputation and use it as a base to protect yourself if you ever fall into murky waters.

When customers are frustrated with brands, they have multiple outlets. Negative reviews, in particular, are responses that have incredible influence. Most people say that they are influenced by online reviews regarding their buying decisions, which means that negative ones will deter people from purchasing products or using a service.

Consumers are also likely to complain online if they feel cheated. However, any company can regain its online reputation by simply responding to the problem swiftly and honestly. Most of the time, consumers want a genuine apology from the company they have been wronged by.

People don’t usually go out of their way to try and harm a business; they want to give it a chance to put things right. After all, everyone is human. However, when companies like United Airlines point-blank refuse to admit they were in the wrong, customers are much less likely to give them a second chance.

So, if they had been in tune with their customers and engaged with them (i.e., responded directly after the incident by offering sincere apologies), they likely would have salvaged their online reputation more. They also would have been more prepared to respond to the issue in a way that would have reassured their loyal customers. This could have inspired some advocacy for the company.

Plan Ahead for Online Reputation Management

When United had the chance to repair the damage done by the negative press, they just seemed to dig themselves into a deeper hole. But you can avoid such an unfortunate outcome.

At The Reputation Management Company, we have a few tips for companies so that they can avoid a catastrophic incident such as the United Airlines one. Take note if you’re serious about your business. They could come in handy one day…

The more reviews your company has online, the better. Why? Because the majority of reviews online are positive. Over half of all the reviews on Amazon have a 5-star rating, and the overall average for reviews on the site is leaning towards the higher end of the scale, at 3.9. So, in terms of stats, building up the number of online reviews is essential in backing up your credibility levels.

Online Reputation Management (ORM) uses a systematic process to respond to and request reviews. ORM platforms automate the review requesting process and make sure that they are posted on specific websites to increase visibility.

We’ve already said a social media presence is vital, but it’s also important to be consistently active and engage with your followers. Online reviews and social media have empowered consumers to share their thoughts and distribute their praise and complaints wherever they will be heard. These days, it’s like a public service. 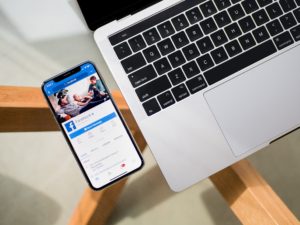 If, as a company, you do not react and listen to negative critiques, you could be missing important issues that do not get resolved. And if these issues continue to go unnoticed, your whole online reputation as a business will come crashing down.

At The Reputation Management Company, we strongly urge companies to use ORM platforms to stay on top of conversations across multiple social media platforms. This helps you ensure that your team responds in real-time to any complaints or issues from a single dashboard that is wired into your Customer Relationship Management (CRM) system.

This streamlines everything and demonstrates to your consumers and followers that you are a committed brand dedicated to providing the best customer service possible. This also helps you grow organic advocates who will typically back you up if problems or complaints arise.

3. Monitor Feedback So You Can Implement Operational Improvements

When you monitor and analyze your feedback, you actively uncover any performance issues for your whole team, individual employees, or locations. This means you can address them swiftly and get things back in working order.

Online Reputation Management platforms have built in systematic processes that allow you to send out surveys and ask for reviews. They also have analysis tools like word clouds that help you identify patterns and themes for customer sentiment. Once you have all of this data at your fingertips, you can create the positive changes required to improve your company’s customer experience.

Speak to The Reputation Management Company

Here at The Reputation Management Company, we help businesses get back on track to regain their online reputation. While your company may never capture the kind of negative press that United Airlines received, losing your customer base’s trust can be detrimental to your bottom line if you don’t handle every crisis effectively.

That’s where we come in. We will handle the negative PR that causes problems that seem beyond repair. We’ll get your business the positive press it needs to be seen as a respected leader in your industry.

From strategic brand consulting, negative content resolution, brand management and isolation, and crisis mitigation, we’ve got the experience to build your business back and give you the tools to stop anything damaging from happening again.

So, what are you waiting for? Whether you want to chat through what we do or need some crisis management help right now, the Reputation Management Company can help. Give us a call or head to our website and contact us today. Businesses deserve a second chance, and it’s our job to make that happen.

Apple is a source of inspiration for businesses in numerous ways. Its philosophies of leadership, ergonomics, and marketing are discussed in management seminars across the globe. Likewise, one of its most formidable strengths through the years has been its approach to reputation management. The experts at The Reputation Management Company consider Apple's strategies innovative but…